Due to the fact that Shorinjiryu is a smaller style in terms of numbers its history is often unknown by the general population. However, the lineage and pedigree of Shorinjiryu is something that all students of Shorinjiryu may be proud. The founder of the style Kaiso Masayoshi Hisataka was fortunate to train under the guidance and along side many of the well-known Karateka of the day.

The Shorinjiryu karate studied and practiced at the Hombu dojo is the original Okinwan style and can trace its lineage back many generations. The Japanese name Hisataka in Okinawan is “Kudaka”. Hanshi Masayuki Hisataka often goes by the Kudaka family name and is why our kata are named as such. The Hisataka family were governors in Okinawan and were gifted an island off of Okinawa as graitutde for their services. The island is known as “Kudaka” island. It is possible to visit Kudaka island and even train there during special summer training camps. Since the Kudaka family held the status of governors Kaiso Masayoshi Hisataka was extremely well regarded within the Okinawan and Karatedo communities.

All Shorinjiryu practitioners should be very proud of the above and be able to repeat the history of the style at least in brief form to other practitioners and interested persons. 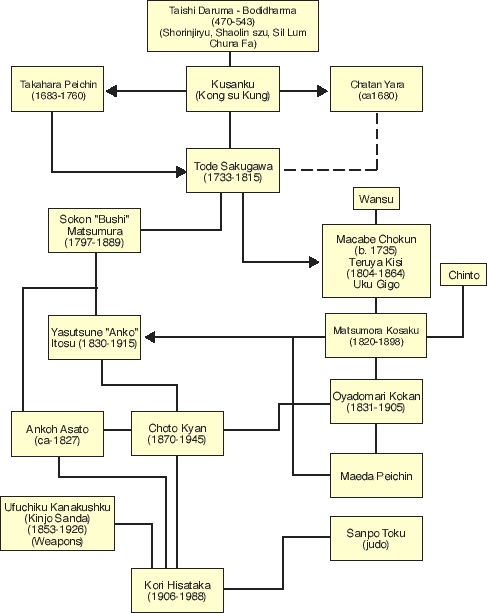